Ephesians 2:2 (KJV) 2 Wherein in time past ye walked according to the course of this world, according to the prince of the power of the air, the spirit that now worketh in the children of disobedience:

2Co 10:4 (For the weapons of our warfare are not carnal, but mighty through God to the pulling down of strong holds;)

2Co 10:5 Casting down imaginations, and every high thing that exalteth itself against the knowledge of God, and bringing into captivity every thought to the obedience of Christ;

“… and in Antioch the disciples were for the first time called Christians” (Acts 11:26).

Antioch was notorious for its ability to produce nicknames.

They had one even for the emperor whom they once called “the Goat.” Thus the name “Christian” was given to the followers of Jesus neither by themselves nor by the Jews, but by the Greek speaking pagans in Antioch. It was a nickname, a by- word, given in derision and contempt. The Christians took this name given in mockery and turned it into one of the most revered names in history. The name tells us something very important about the Christian: that there is a resemblance between Christ and the Christian. The Christian is first and foremost a CHRIST person.

A New Name For a New People The people in Antioch had many names in their resourceful language but they had no name to cover this type of character.

They lived love — love of a new order, love for those who least deserved it. They lived humility — a new kind of humility the world had not seen before except in Jesus! So they made a new name for these people in whom they saw the purity, the forgiveness, the love, and the humility of Jesus.

They called them CHRISTIANOI, Christ people!  It began as a “nickname” in mocking terms but God & His people made it into a name for people of tremendous integrity and great courage!

God who likes to take the things the world calls foolish and ultimately exalt them to the highest level made “Christians” into the name of the people that will ultimately rule and reign with Him over His eternal Kingdom.  Selah!

25 What will it profit a man if he gains the whole world, yet loses or forfeits his very self?

26 If anyone is ashamed of Me and My words, the Son of Man will be ashamed of him when He comes inHis glory and in the glory of the Father and of the holy angels.  Luke 9:26-27 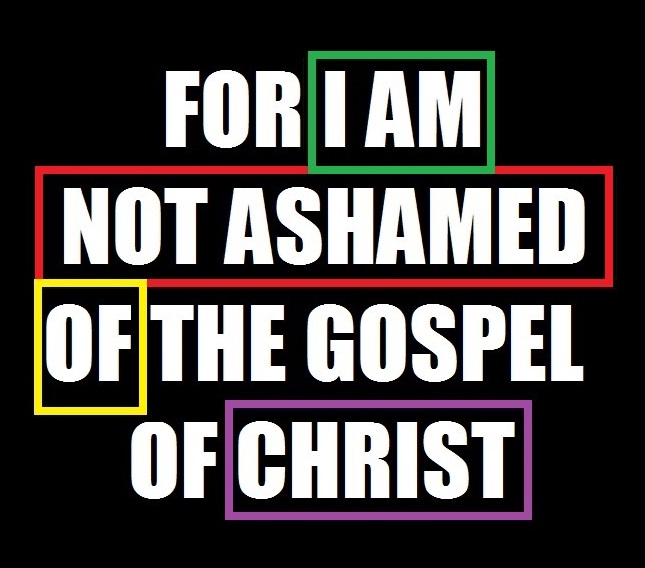 Acts 11:26 (KJV)And when he had found him, he brought him unto Antioch. And it came to pass, that a whole year they assembled themselves with the church, and taught much people. And the disciples were called Christians first in Antioch.

Then Agrippa said unto Paul, Almost thou persuadest me to be a Christian.

Yet if [any man suffer] as a Christian, let him not be ashamed; but let him glorify God on this behalf.

How Can I Overcome Temptation? | Source and full article: CBN.com.

Battling temptation is a daily walk. Even the most loyal followers of Christ can be tempted ( Heb. 12:1). That” why the Lord’s prayer instructs us to ask God to “lead us not into temptation” ( Matt. 6:13).

1.Be honest with God. At the time of temptation, don’t debate the issue. The longer we wrestle with tempting thoughts, the closer we get to committing the sin. Flee from the temptation as soon as you recognize it ( 2 Tim. 2:22).

2.Recognize your enemy. Understand that this is serious business! You are engaged in a battle for your very soul. There is an enemy, the devil, who “prowls about like a roaring lion, seeking someone to devour” ( 1 Peter 5:8). This enemy will use any temptation to draw you away from God.

3.Resist through Jesus! Go to the Lord and receive mercy and grace in your time of need (Heb. 4:15-16). Remember, you are not alone in your struggle. Satan tries to discourage us through isolation, telling us our temptation is unique. This simply isn’t true ( 1 Cor. 10:13).

4.Give Thanks. In the midst of the struggle, thank God for the opportunity to experience the victory through Him ( Rom. 5:1-5). Thank Him for providing a way of escape.

“No temptation has overtaken you but such as is common to man; and God is faithful, who will not allow you to be tempted beyond what you are able, but with the temptation will provide the way of escape also, that you may be able to endure it” ( 1 Cor. 10:13)

If any of you lack wisdom, let him ask of God, that giveth to all men liberally, and upbraideth not; and it shall be given him. But let him ask in faith, nothing wavering. For he that wavereth is like a wave of the sea driven with the wind and tossed.