Many Christians have serious issues with the Pagan roots of many holidays and especially many holidays that often observed across Christianity such as Easter and Christmas.

I respect those that view these days and seasons with such historical origins as somehow inappropriate for believers to recognize or celebrate in any way, however here is a bite sized truth to consider: what a person or people celebrates in their own mind and heart may have nothing to do with its original historical origins.

There is no doubt that many of the traditions and names around these holidays often originated with practices and beliefs that do not honor one true God, monotheistic, let alone honor the God of the Bible.   That fact in and of itself doesn’t necessarily tell us what people are currently honoring, celebrating or remembering in their practices.   Can’t old traditions give way, be moved aside and fade as new traditions are established?

I for instance do not celebrate ancient pagan roots when I celebrate Christmas or Easter in any respect. I celebrate Jesus Christ the Lord’s birth during the Christmas season and then his death, burial and resurrection during the Easter season.

Let’s define our terms first.  In a religious context such as we are discussing, a Pagan is – An adherent of a polytheistic religion in antiquity, especially when viewed in contrast to an adherent of a monotheistic religion.   Webster also discusses the evolution of the word pagan and heathen as it relates to Christianity from a word that originally meant simply country dweller to one that became similar to heathen in a fully derogatory sense.

So Pagan in this context basically means that the origin was from some religious context that was not monotheistic and therefore certainly NOT Christian.   Does being pagan in origin make a thing particularly evil or ‘an abomination’ to the Lord God?
Well that depends I suppose on what in particular you think God finds offensive or inappropriate or what you yourself feel that way about.

So much of our society, especially in the West is based on words and traditions that were long ago pagan in origin even now those origins are unknown and meaningless to people.
How about the days of the week for example?
How many understand that the names we use every day have pagan roots that originally honored pagan Gods and beliefs?  The entire society we live in uses these names and organizes our lives around them.  Take a quick look at the Pagan traditions you could consider being ‘honored’ by recognizing, speaking and or writing the days of the week most of us use every day.
Here’s a summary. for more detail see Ancient-Origins.net and many other sources.

History shows that the influence of the Scriptures, and the ‘people of the book’  has often led to Christians bringing the biblical influence into their secular society which is to pagans and heathens and any society they brought the light of God’s word into.

The Biblical Hebrews called Saturday the “Sabbath”, meaning, day of rest and the Bible identifies Saturday as the last day of the week.  Western society and much of the world now respects the traditions of resting and taking off on the weekends as both Saturday (Sabbath) and Sunday (“The Lord’s resurrection”) took over from their old Pagan meanings and influenced the world with Biblical ideas, customs and practices. Even the seven-day week can be seen as originating with ancient Babylon prior to 600 BC, when time was marked with the lunar cycle, which experienced different seven-day cycles but a millennium later, Emperor Constantine converted Rome to Christianity and standardized the seven-day week across the Empire.  Rome may initially have acquired the seven-day week from the mystical beliefs of Babylonian astrologers but it was the biblical story of creation, God making the Heavens and Earth and resting on the seventh day that will have led the first Christian emperor of Rome to make sure it endured to this day. What do the names of these various days, including the holidays signify to you?  What do practice in your life on these days?  What do you honor?  What do you celebrate?

Romans 14:5 – One man esteemeth one day above another: another esteemeth every day alike. Let every man be fully persuaded in his own mind. (KJV)

One person considers one day more sacred than another; another considers every day alike. Each of them should be fully convinced in their own mind. (NIV) 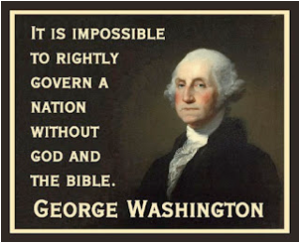 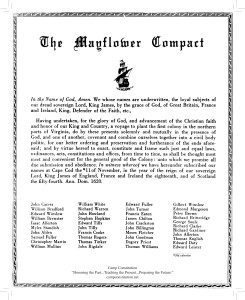 As I’m meditating and studying the book of Daniel this morning I stumbled into this recent archaeological find related to the very time the scripture is historically documenting.

The time period where God has given a unbelieving king, a king who did not in fact know the true God, King Nebuchadnezzar, power to conquer  and rule over the Jewish people.   Scriptures make it clear God allowed this because of the sins of His people and disobedience in refusing to follow His ways.

Clearly  a MASSIVE archaeological find of 110 ancient Babylonian tablets being discovered in Iraq is meant to speak to the world, to any who can hear the message.

We have here 2500 year old cuneiform clay tablets dating back to the time of Nebuchadnezzar’s rule in Babylon confirming (yet again) that the PROPHETIC book of Daniel is indeed a historically reliable record.  Perhaps some of those who think these writing are simple “mythology” along the lines of other writings to should at least take a 2nd look at the book.

This is especially important when you consider that the scientific find (archaeology is science, right?) hails from an Ancient land that is so relevant it appears EVERY day in our present news on screens everywhere.  Perhaps there are reasons to pay attention to these lands and the prophetic words related to what has occurred and we are warned WILL occur in the world as it relates to ancient “Babylon” and the middle east.

And why should you or I care today about this “ancient” history?  What’s the point?

Eccl 1:9 (NLT)
History merely repeats itself. It has all been done before. Nothing under the sun is truly new.

“On Christmas Eve, 1994, The Times of London reported on its front page an astonishing claim made by the German Biblical scholar Carsten Peter Thiede.‘A papyrus believed to be the oldest extant fragment of the New Testament has been found in an Oxford library,’ the newspaper said. ‘It provides the first material evidence that the Gospel according to St.Matthew is an eyewitness account written by contemporaries of Christ.”

“The story concerned three tiny scraps of paper belonging to Magdalen College, Oxford … On both sides of the fragments appeared Greek script, phrases from the twenty-sixth chapter of St. Matthew, which describes Jesus’ anointment in the house of Simon the leper at Bethany and his betrayal to the chief priests by Judas Iscariot … Thiede argued that they were of astonishingly early origin, dating from the mid-first century A.D. The argument was complex, based upon expert analysis of the Greek writing on the fragments and upon extensive comparisons with calligraphy on other manuscript fragments.”

The book is Eyewitness to Jesus: Amazing New Manuscript Evidence About the Origin of the Gospelsby Thiede and D’Ancona (Doubleday, 1996).

It describes the worldwide sensation created by the most momentous discovery for Biblical research since the Dead Sea Scrolls were unearthed in 1947.

Dr. Thiede based this identification on painstaking analysis of numerous Greek handwriting characteristics and on extensive comparisons of calligraphy on many manuscripts. His conclusions dynamited the foundations of liberal NT criticism.