8 I have baptized you with water, but He will baptize you with the Holy Spirit.

11 I indeed baptize you [a]in (with) water [b]because of repentance [that is, because of your [c]changing your minds for the better, heartily amending your ways, with abhorrence of your past sins].
But He Who is coming after me is mightier than I, Whose sandals I am not worthy or fit to take off or carry; He will baptize you with the Holy Spirit and with fire.

Luke 3:16 But one who is more powerful than I will come, the straps of whose sandals I am not worthy to untie. He will baptize you with the Holy Spirit and fire.

10 For everyone who asks and [a]keeps on asking receives; and he who seeksand [b]keeps on seeking finds; and to him who knocks and [c]keeps on knocking, the door shall be opened.

11 What father among you, if his son asks for [d]a loaf of bread, will give him a stone; or if he asks for a fish, will instead of a fish give him a serpent?

12 Or if he asks for an egg, will give him a scorpion?

13 If you then, evil as you are, know how to give good gifts [gifts [e]that are to their advantage] to your children, how much more will your heavenly Father give the Holy Spirit to those who ask and [f]continue to ask Him 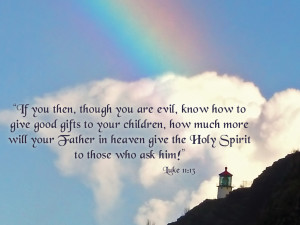 The prophecy by John the Baptist and the promises and prophecy by Jesus himself both declare that this experience of receiving the Holy Spirit was ordained by God the Father to come through Jesus to those that followed him.

John 14:15 “If you love Me, you will keep My commandments. 16 “I will ask the Father, and He will give you another Helper, that He may be with you forever; 17 that is the Spirit of truth, whom the world cannot receive, because it does not see Him or know Him, but you know Him because He abides with you and will be in you…

These words from Jesus and his herald John had their fulfillment begin after Jesus died, arose from the dead and ascended.  He fulfilled His own promise beginning with his direct Apostles and disciples and continues to do it today to all who call on him, love Him and ask Him for the Holy Spirit.

1 And when the day of Pentecost had fully come, they were all assembled together in one place,

2  When suddenly there came a sound from heaven like the rushing of a violent tempest blast, and it filled the whole house in which they were sitting.

3  And there appeared to them tongues resembling fire, which were separated and distributed and which settled on each one of them.

4 And they were all filled (diffused throughout their souls) with the Holy Spirit and began to speak in other (different, foreign) languages (tongues), as the Spirit [a]kept giving them clear and loud expression [in each tongue in appropriate words].

48  You are witnesses of these things.

49  And behold, I will send forth upon you what My Father has promised; but remain in the city [Jerusalem] until you are clothed with power from on high.

4  All of them were filled with the Holy Spirit and began to speak in other tongues[a] as the Spirit enabled them.

14 When the apostles in Jerusalem heard that Samaria had accepted the word of God, they sent Peter and John to Samaria. 15 When they arrived, they prayed for the new believers there that they might receive the Holy Spirit, 16 because the Holy Spirit had not yet come on any of them; they had simply been baptized in the name of the Lord Jesus.

42  He commanded us to preach to the people and to testify that he is the one whom God appointed as judge of the living and the dead. 43 All the prophets testify about him that everyone who believes in him receives forgiveness of sins through his name.”

44  While Peter was still speaking these words, the Holy Spirit came on all who heard the message. 45 The circumcised believers who had come with Peter were astonished that the gift of the Holy Spirit had been poured out even on Gentiles. 46 For they heard them speaking in tongues[a] and praising God.

Then Peter said, 47  “Surely no one can stand in the way of their being baptized with water. They have received the Holy Spirit just as we have.”

Considering the biblical principle of firmly establishing the most important teachings and truths “in the mouth of 2 or 3 witnesses”  the explicit references to Acts 2, Acts 8 and and Acts 10 above would serve to establish the importance and truth of Gods promise on the Baptism of the Holy Spirit.

As if to double down on the importance of the truth and to make even more sure the accuracy of the revelation, we are given yet a 4th explicit story.

These passages describe the practice of the early Christian Church and the Apostle Paul as they establish the great church of the Ephesians.

19 While Apollos was at Corinth, Paul took the road through the interior and arrived at Ephesus. There he found some disciples 2 and asked them, “Did you receive the Holy Spirit when[a] you believed?”

They answered, “No, we have not even heard that there is a Holy Spirit.”

3 So Paul asked, “Then what baptism did you receive?”

4 Paul said, “John’s baptism was a baptism of repentance. He told the people to believe in the one coming after him, that is, in Jesus.” 5 On hearing this, they were baptized in the name of the Lord Jesus. 6 When Paul placed his hands on them, the Holy Spirit came on them, and they spoke in tongues[b] and prophesied. 7 There were about twelve men in

The Holy Spirit is given to those who ask God for Him and being baptized in His Spirit  represents a signed and sealed guarantee of the promises of Christ which will be delivered!

Matthew 3:11
“I baptize you with water for repentance. But after me comes one who is more powerful than I, whose sandals I am not worthy to carry. He will baptize you with the Holy Spirit and fire.

Luke 3:16
John answered them all, “I baptize you with water. But one who is more powerful than I will come, the straps of whose sandals I am not worthy to untie. He will baptize you with the Holy Spirit and fire.

2 Corinthians 1:22
set his seal of ownership on us, and put his Spirit in our hearts as a deposit, guaranteeing what is to come.

Romans 8:23
Not only so, but we ourselves, who have the firstfruits of the Spirit, groan inwardly as we wait eagerly for our adoption to sonship, the redemption of our bodies.

5 Now the one who has fashioned us for this very purpose is God, who has given us the Spirit as a deposit, guaranteeing what is to come. 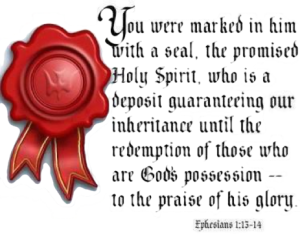 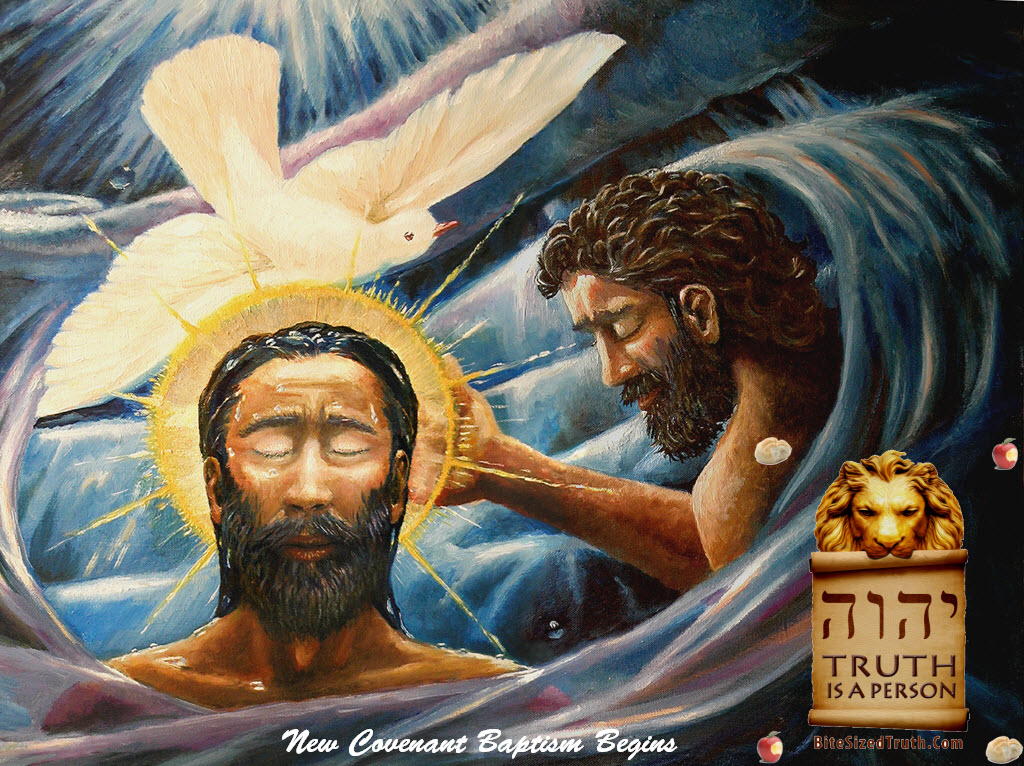