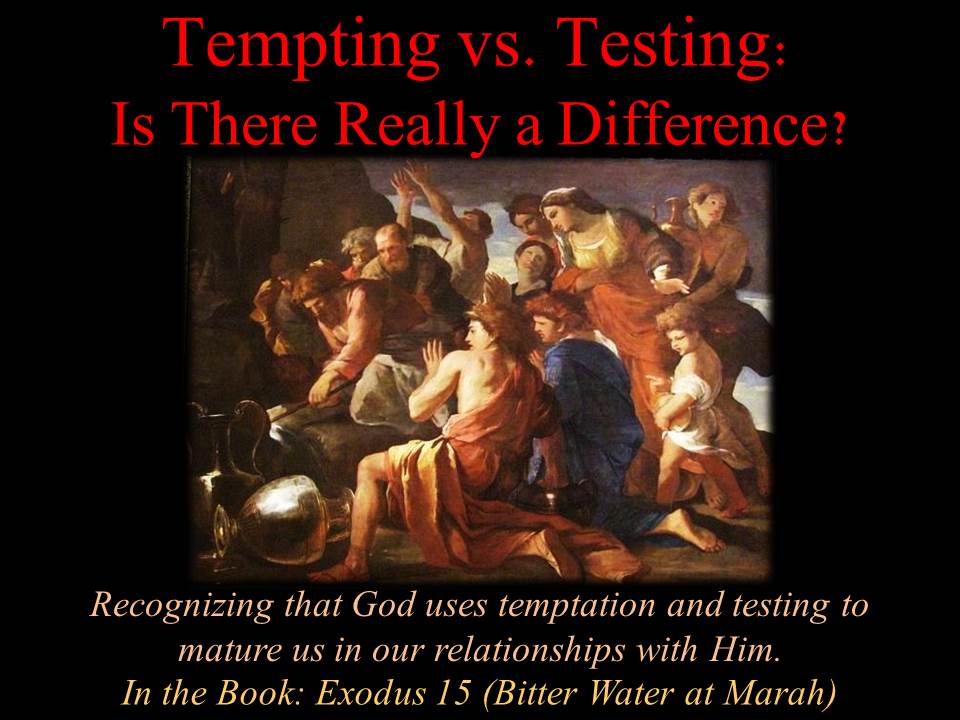 Consider this BiteByte of truth:  The Creator of all life is also the one who uses this life to test us.   The scriptures teach that it is ultimately God who who tests us and searches our heart according to Jeremiah 17:10 but Himself never tempts with evil or seduces us with sin for He is Himself holy & apart from sin.  There is “an adversary” with force & power given to tempt and seduce for a what God deems a short time.

The distinction is important because God allows evil to test His people but its only for a season (see ) as necessary for His plan.  This is also the message of the book of Job as Satan was allowed to come along with Angel's before God so that He could bring any accusations He had against God's people.

The scripture says conversely in Jeremiah 29:11 that His mercy and plans to proper His people are destined to last forever.  Selah

Does God tempt people or not?

According to the Enhanced Strong’s Lexicon, the word, “test,” (NASB), “tempt” (KJV) is nacah. It means “1) to test, try, 2) to attempt, assay, try, 3) to test, try, prove, tempt.” This is why the KJV translated it as “tempt” and NASB, NIV, NKJV, ESV, and RSV translate it as “test.” Therefore, it was a test that God offered to Abraham–not a temptation to sin. 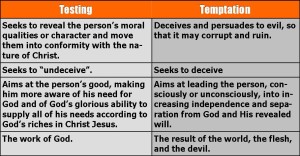