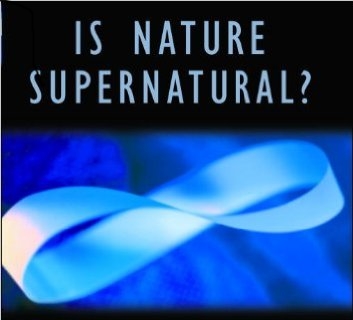 Secularists, that’s most of secular and especially modern Western society have been trained to revere, in fact to actually reverence the word ‘science’.

At the same time we’ve been trained to disdain the word ‘supernatural’.   The result is a mental wall of separation between the what is seen as ‘natural’ and anything seen as ‘supernatural’.

Supernatural definition, of, relating to, or being above or beyond what is natural; unexplainable by natural law or phenomena; abnormal.

Of or relating to existence outside the natural world. 2. Attributed to a power that seems to violate or go beyond natural forces.

In a true sense, as it relates to the origin of the universe and life, something being ‘natural’ only means that we humans found it as existing already before we got here or it comes from things that existed before  we arrived.

And Elisha prayed, “Open his eyes, Lord, so that he may see.” Then the Lord opened the servant’s eyes, and he looked and saw the hills full of horses and chariots of fire all around Elisha.

‘It is often said that science must avoid any conclusions which smack of the supernatural. But this seems to me to be both bad logic and bad science. Science is not a game in which arbitrary rules are used to decide what explanations are to be permitted. Rather, it is an effort to make true statements about physical reality.’